Status indicators & RP-SMA Female connectors on both sides of the pcb giving diversity for developers.

Not only boosts output signal but also has a receive gain of 20dBm.

Allowing you to connect to a 2.4-2.5GHz source, and fits most WiFi antenna. 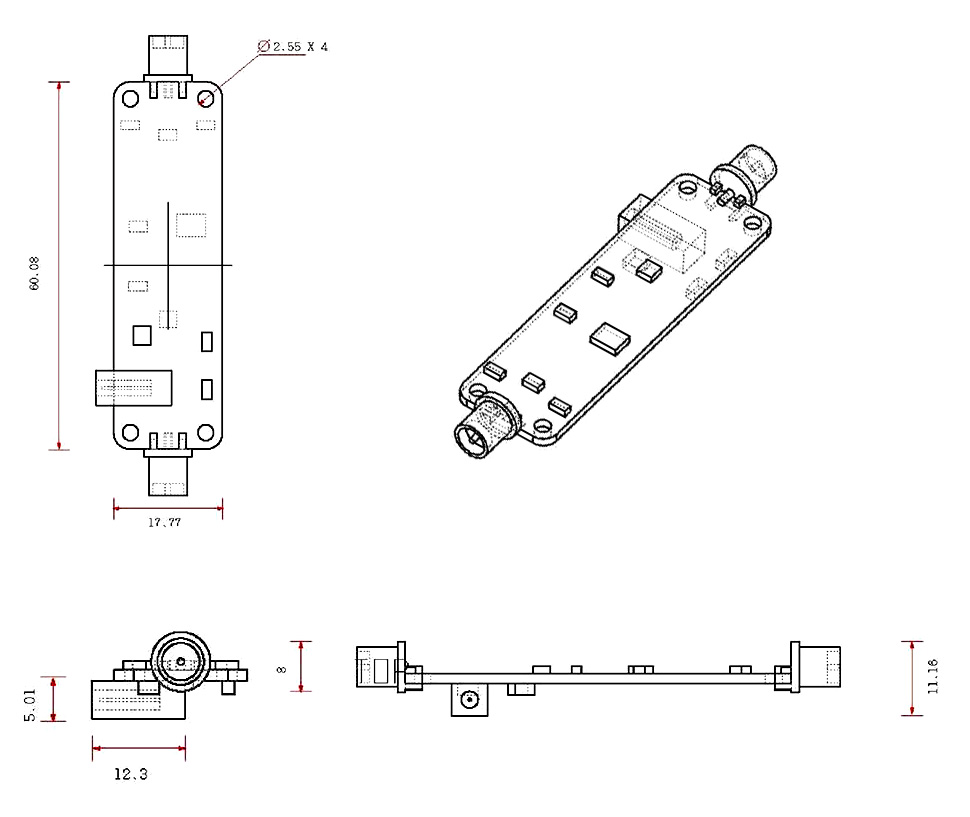